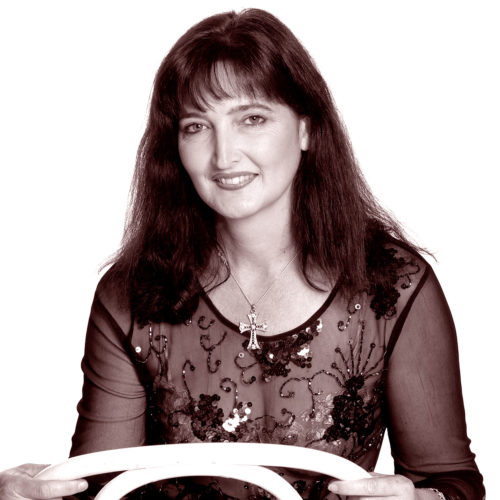 Brenda-Lee Heathcote-Shelly is the owner/operator of Meat Pie Music Publishing. Her list of songs covered by artists is impressive and long.
It was a natural step forward with her experience within the music industry, and her undying passion for songwriting, to move to the next level and become a music publisher. She has credibility, ethics, respect among her peers, and strong industry connections.
Under the MPM label, Brenda-Lee has had songs recorded by The Wolverines (Australia), Bobby Cash (India), The Mateki’s (USA), Fergal Flaherty (Ireland) and many many more.
Brenda-Lee’s songs which have been covered, have charted on several occasions including two ‘Top 10’s for Aussie country
vocalist Shaza Leigh and a nomination for “People’s Choice Awards” in 2007 for the Wolverines version of her Anzac tribute, “The Ballad of Young Bobby Dale” filmed aboard the troup ship “HMAS Kanimbla” in Sydney.
A recent undertaking, was writing lyrics and melody to a 6 and a half minute piece of “Rock Opera” performed by one of the original “Ten Tenor’s” Roger Davy, for a corporate event which was held in “King George Square” in the center of Brisbane City.
Brenda-Lee will tackle just about any genre, so don’t be shy about asking for specific material. (including ambient/no vocals/mood music/catwalk beats)
(For more info on Brenda-Lee, go to her section on this website)
One of the tracks listed in the player on the right ‘Talking to Ghosts” has been covered twice, once in Australia by popular performer ‘Vanya’ and by American artist ‘Helen Mateki’.  It received world wide airplay. 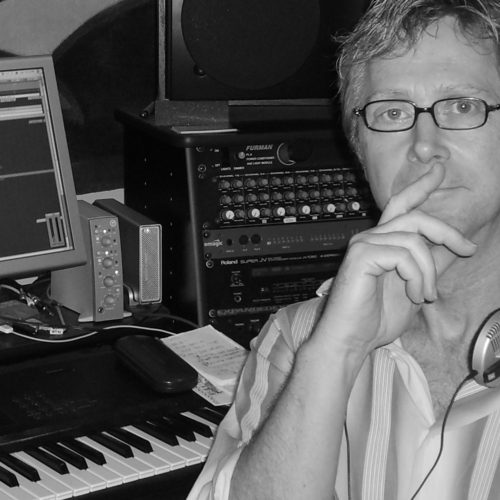 Scott and Brenda-Lee married in 2009, to form a formidable force as a songwriting team.  Together they have penned some sensational co-writes, giving a well needed fresh boost to the Aussie music scene.
Scott has his own company called “Resonance Array”, specializing in music for film, TV, jingles, games, and documentaries.
Scott and Brenda-Lee co-wrote (and performed) the now famous “Motor Finance Wizard” advert, seen Nationally throughout Australia.  It was voted one of the “Top 10 Most Memorable Ads” for 2008.
Scott’s list of credentials are longer than your left leg, but here’s a few.
He wrote multiple scores for TV including many of Steve Irwin’s “The Crocodile Hunter” series as well as “Croc Files”, and “Crocodile Hunter Diaries”.  He had songs included in “Eight is Enough”, “Cheers”, “Lavern and Shirley”, “Happy Days” as well as many more.  Then there’s the movies.  He wrote songs which were included in the Harrison Ford movie “Witness”, replacement songs in “Saturday Night Fever”, guitar performances in “Staying Alive”, wrote music for the trailer for “Golden Child”, wrote score for “The Vial” and “Celestial Rhapsody” to name a few.
Here are a few games you may recognize that Scott put music to.
Putt Putt Joins The Circus, Jumpstart Phonics, Rugrats Movie Activity Challenge,  Reader Rabbit, Jungle Book,
and there’s more too!
He also toured extensively (playing guitar and keyboards) in his homeland of the USA, with the likes of Boz Scaggs, Dan Fogelberg, Ray Kennedy, Spirit, Albert Collins and Randy Meisner (Ex Eagles),
and, has had covers by artists such as Seals and Crofts, Tom Jans, Nomo, Marcy Levy, Mike Finnegan and June Pointer.
MPM is proud to have Scott on board as Chief Adviser, writer, and co-writer.
Check out more about Scott at www.resonancearray.com 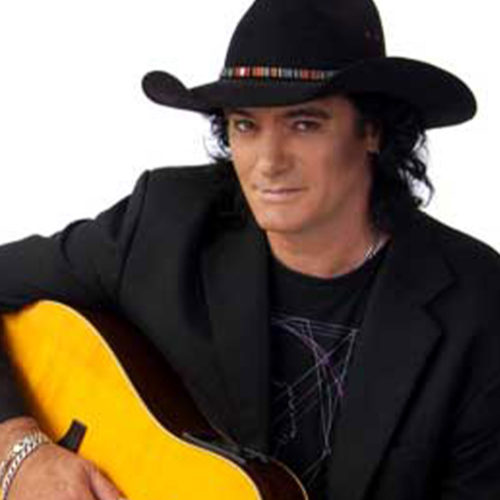 Kerry is one of Australia’s favorite performing songwriters. His writing ability ranges from country ballads, to soft rock and then turns his hand to some really full on raunchy rock songs.
In 2003 Kerry and his band “Double Barrel” got news form Switzerland that their song “Glass Of Wine” was one of the most requested songs  through out the year and were asked to perform at the Uster Country music spectacular in March 2004.
“Glass of Wine” is currently signed with MPM.   “Kerry Kennedy and Double Barrell’s” MPM signed track “Mad About You” is still being aired on the Country Music Channel or CMC.  MPM has a large catalog of Kerry’s music, so make sure you contact us if Kerry’s style is your cup of tea! 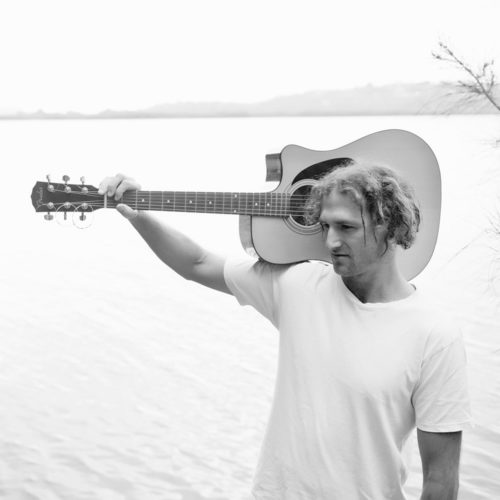 Australian singer/songwriter Aaron Bishop released his new EP “Perfect Place” in early 2012. It is a collection of acoustically driven folk inflected songs, with catchy choruses and quirky guitar leads. “It’s more stripped back than my last album “The Calm Electric” 2008, this time I wanted the songs to breathe a bit more” Aaron says. Working with Scott Lloyd Shelly was incredible, he’s a phenomenal musician. I think together we really got the essence of the songs.” Throughout “Perfect Place” Aaron’s song writing explores the power of the human spirit, both the dark and the light sides. Aaron has signed both complete albums with MPM as of 2012, and we will be looking for placement in film and tv with his tracks. 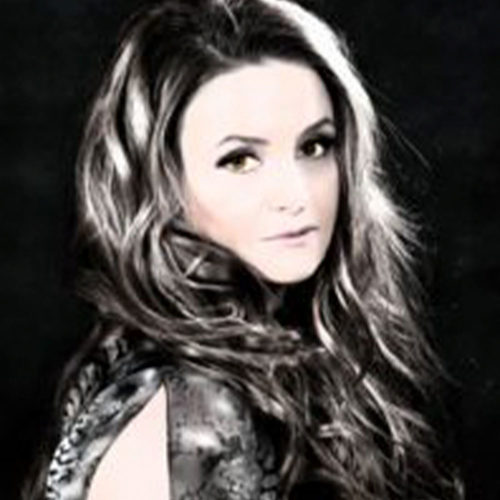 Adi’s existence has been filled with music. Performances from early childhood in Tasmania to lead & backing vocalist in bands and theatre all over Adi had decided her career from the very early age of 6. As a Jillaroo in the Territory to Country Music Talent Quest’s Adi has gone on to represent Australia, win major competitions including Queensland Champion of Champions, Charters Towers and also 2 times Starmaker grand finalist. A student of the College of Country Adi has worked with industry pro’s like Rod Coe, Dobe Newton Allan Caswell, Denise Morrison and Garth Porter. Other highlights to date have included being the main entertainment and singing the national anthem at the NRL Cowboys and the Townsville Croc’s basketball teams, support Werewolves of London’s Warren Zevon on his North Queensland tour and working with Bjarne Ohlin (Divinyls). Whilst being sponsored by Toyota Australia, Fourex and Channel Adi was able to undertake a tour in outback Queensland. Now residing in South East Queensland Adi is a support vocalist for Luella and The Heelers playing at events like the Gympie Muster and packed venues in Tamworth. Adi also works in duo gigs and provides solo entertainment at a variety of venues and Country Music festivals. A recent trip to Nashville saw Adi complete her first album Golden Cage with Rob Mackay and Michael Flanders of Pacific International Music. The first single ‘Guilty’ was released on CRS Publicity and charted locally and internationally and Adi received her first international music award winning Favorite New Country Artist at the Independent Music Network Awards for 2011. Her new single “That’s What love Will Getcha” was written in Nashville with Michael Flanders and hit writer Danny Simpson and has just been released via Digital Wagon. Adi is a hard working artist who vocals have been described by some of the industries greatest as emotive, powerful and unique. Her recent performance on The Voice evoked a standing ovation from the audience with hugs from Seal and comments like ‘beautiful voice’, and from Delta Goodrum saying ‘you are doing what you are meant to be doing’ has given Adi more drive than ever to pursue a career in music. Adi has signed her publishing from the album “Golden Cage” to MPM in 2012.

Check out the latest news
and ideas from one of the best
publishing businesses.

Custom music composition and production
for Games, Television, Film, Radio
and the Web.